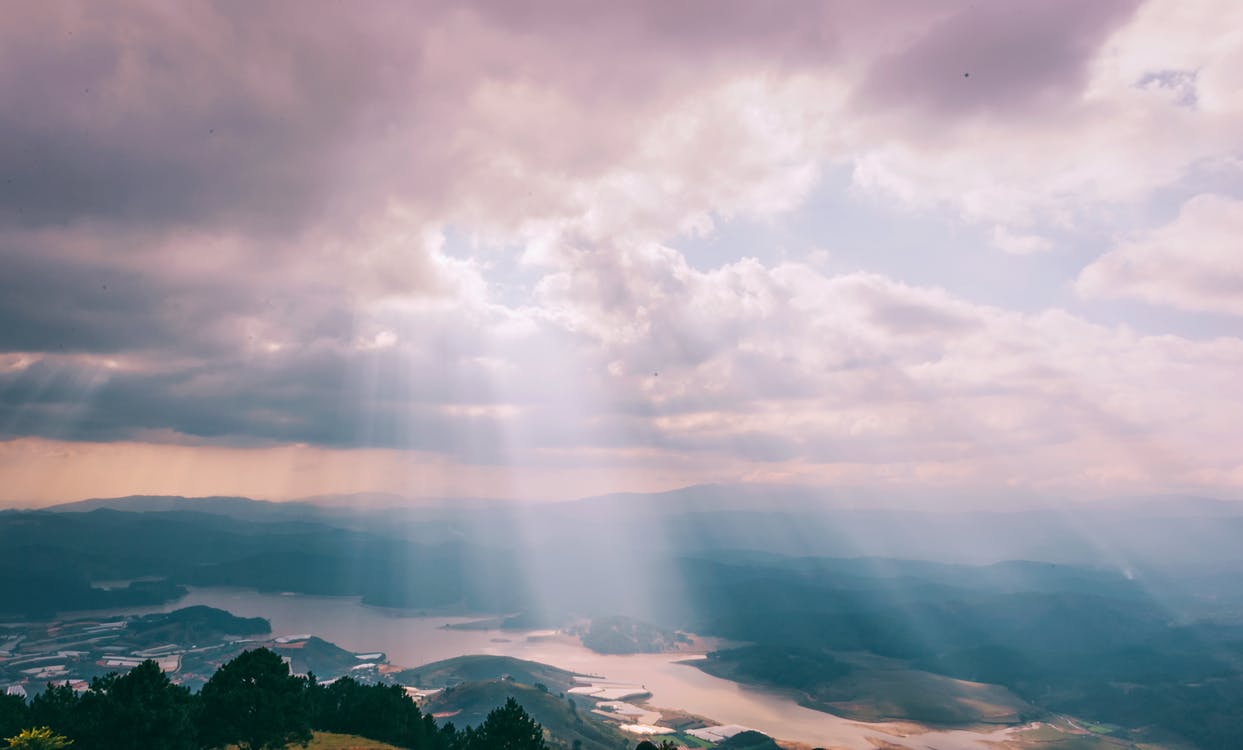 “And there will be no more night; they need no light of lamp or sun, for the Lord God will be their light” – Revelation 22: 5

One of the key issues raised by climate change is how to enact policies for the common good at national and international levels. Where can the inspiration and motivation come from, to take long-term decisions against short-term interests? The stories and prophets of the Bible offer multiple visions of what an alternative future might look like, some of which can be surprisingly practical in their detail.

For example, I’d like us to consider the image the book of Revelation gives us of the utility supplies in the new Jerusalem; and specifically the supply of light and water.

The visions of the ‘new Jerusalem’ explore in Revelation 21 and 22 state that the city has no need for either the natural lights of the sun and the moon, or for the artificial light that comes from lamps (Revelation 21.22-26). Rather, the glory of God is its light, and its lamp is the Lamb of God. In fact, it has so much light, that it shines brightly enough for all the nations to walk by its light. Similarly, the new Jerusalem seems to have a never-ending supply of fresh water, enough not only for its own citizens, but to quench the thirst of anyone who wishes to come and take the water of life as a gift (Revelation 22.17).

This consideration of light and water supplies introduces into this vision the concept of the economics of the common good. In any city, and in any society, there are certain things that it will make more sense to enact collectively; such as the lighting of the streets, the provision of fresh water, sewage systems, public transport, health care, and so on. Enlightened rulers down the centuries have sought to implement policies for the common good, from the building of Roman aqueducts to the healthcare and welfare reforms of the modern era. However, the difficulty such leaders have faced is that to do this requires a clear initial vision of the end result, in order that the bold economic steps to construct and offer a service for all, regardless of need or level of use, can be justified politically.

The image of the new Jerusalem as the city with enough light to shine across all the nations, and with enough water to supply the thirst of any who need it, invites a deeply politicized reflection on the church’s understanding of itself, and its role in the world for the common good. If we believe that the church is called to be the new Jerusalem, then its calling is to offer light and water to communities beyond its borders, to shine brightly for the benefit of those beyond themselves, and to actively build a vision for the common good.

The people of God are called to seek the welfare of the world to which they have been sent, and to do so by building a vision for a new, better, more equal society, where there is light and water freely available for those whose lives are in darkness and whose souls are parched.

Reflect today…
How can the church be actively involved in building a vision for the common good in our communities? How in particular might we pursue this call in the context of the climate crisis?

This article is a shortened version of a longer paper published in in Virginia Moffatt (ed.) Reclaiming the Common Good: How Christians can help rebuild our broken world, (London: DTL, 2017).